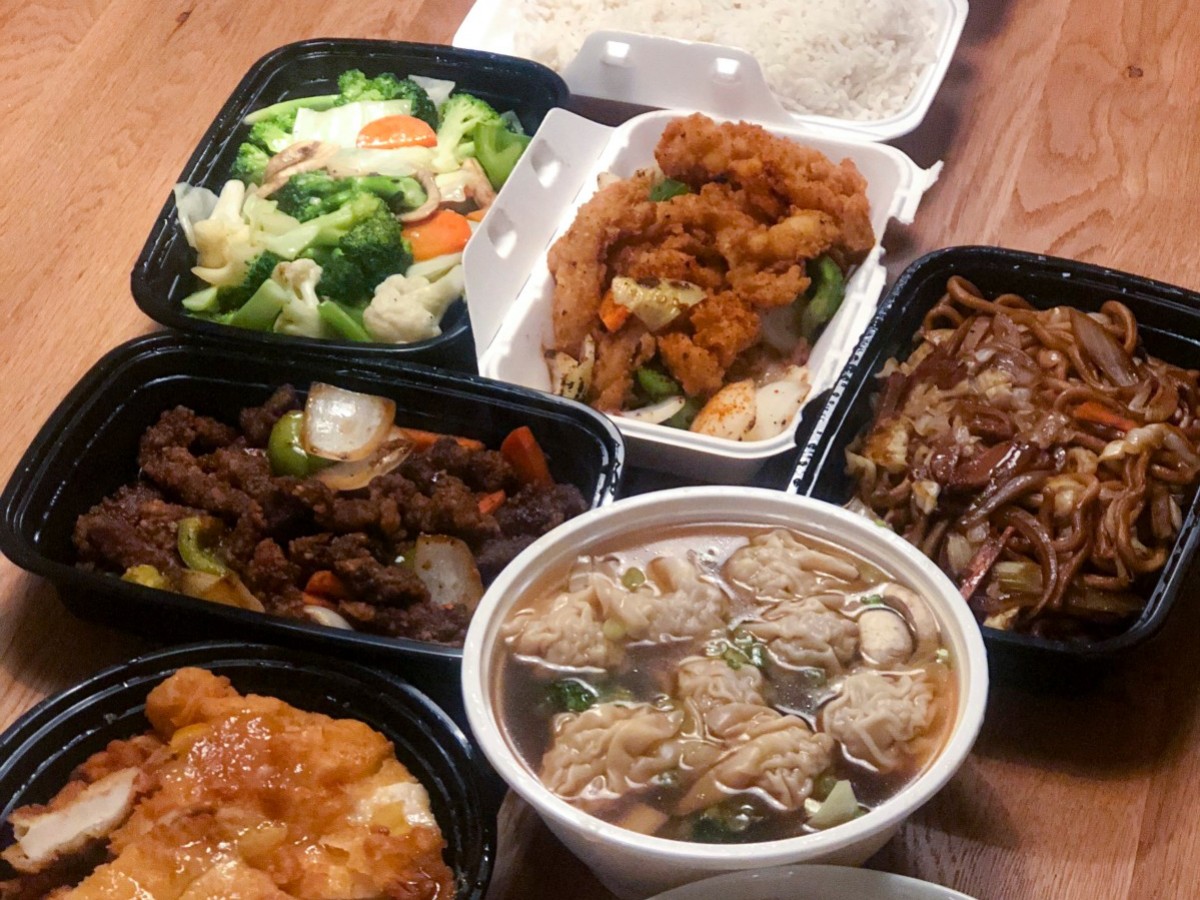 A selection of takeout dishes from Lucky Koi

Almost everything we’ve tried from this newly reopened-under-new-ownership spot hits like The Queen’s Gambit, being sweet, a little spicy, complex, colourful, a bit smoky and altogether crowd pleasing.

And like the show’s protagonist Beth, this hidden gem is a real student of the game.

“Everything is from scratch, including our sauces,” said owner Ai Sheng Yu.

“For instance, our sweet and sour sauce isn’t just based on vinegar and sugar, we use a mixture of hawthorn berries and dried crabapples to get a natural acidity to it, just trying to make everything as natural as possible,” she continues.

Yu, 29, took over the space in August after the previous owners (who also operated the restaurant as Lucky Koi) needed out of the lease due to childcare needs during the pandemic. She’s a restaurant kid herself, having grown up in her parent’s former spot Komodo Chinese Restaurant in Windsor Park since the age of 10.

Her parents immigrated to Winnipeg from Taishan, Guangdong in 2000. They own the building at 1100 Portage Avenue where Lucky Koi is located, so the transition was smooth. As Yu puts it, “I decided to take a risk during the summer… honestly, I was just bored. I was at home, working two part time jobs…” while her parents were restless too. “After they retired [and sold Komodo] they were just so bored, so they said, ‘Oh yes we will help you,’ and I was like, amazing!”

Thankfully for us diners, this team is back together because this takeout and delivery kitchen is taking the greatest hits of American Chinese cuisine (80+ dishes, all numbered) and making them sing.

“With our experience over many years, we focus on quality first,” said Yu. “We make our own char siu every few days in small quantities…. while everything is cooked over three huge open-fire woks for a great smokiness. That’s what we take pride in is the wok hei of our Chinese food.

A fine example of this is the Shanghai Noodles. The fat, chewy udon noodles here come with a supporting cast that steals the show. The char siu is cut thick and picks up plenty of smokiness from that wok work, as does the cabbage, carrots and onion, all of which are al dente to match the noodles. (Even after being delivered, nothing was overcooked while all the food was piping hot.) The dark, soy-based sauce ties it all together, with the only thing missing being a cold beer.

For something spicier, Yu recommends the newest dish, Szechwan noodles, with a sauce that features three aged Chinese vinegars for added complexity and Szechwan peppers for heat.

The two dishes that we tried that did bring some heat were the Szechwan beef and hot & spicy squid. The latter is like classic salt and pepper squid with a little extra punch from a chili mixture. The squid still had a nice chew, while the batter was light and not at all greasy. Accompanying it were big chunks of bell pepper and onion, all of which had a smoky char from those woks. The crunchy beef packs a ton of flavour, with a balance of sweet, salty and sour, with more smokiness coming from smatterings of thick-cut vegetables.

Another dish that we’ll be ordering again is the lemon chicken, Koi’s version having a light, crunchy batter that somehow doesn’t become soggy as it sits atop a vibrant lemon sauce that is nearly thick as curd. (My three-year-old drank the leftover sauce out of the takeout container if you're wondering how good it is.)

Deluxe wonton soup has a subtle broth that complements the large, meaty wontons in their nearly translucent wrapper, while there’s plenty of broccoli, chicken, char siu, button mushrooms and scallions in there too.

Spring rolls are robust and packed with cabbage, carrots, glass noodles and other fun things (as leftovers, they were still crispy and not greasy!), while the garlicky mixed vegetables rounded out our order.

Lucky Koi does their own (speedy) delivery (free within 3 km), while you can also find them on DoorDash and Skip. If you do pick up, you’ll also spy the little market that is coming together in the space.

“I have plans to turn the front into a little bodega. We’ll carry rare snacks, imported stuff – sauces and condiments and stuff like that, so I am working on that right now,” said Yu, continuing that come spring, she’s hoping to be able to get a license for an outdoor patio out back.

“In the Wolseley area there are not a lot of outdoor spaces, so I think that would be a great addition to the neighbourhood.”