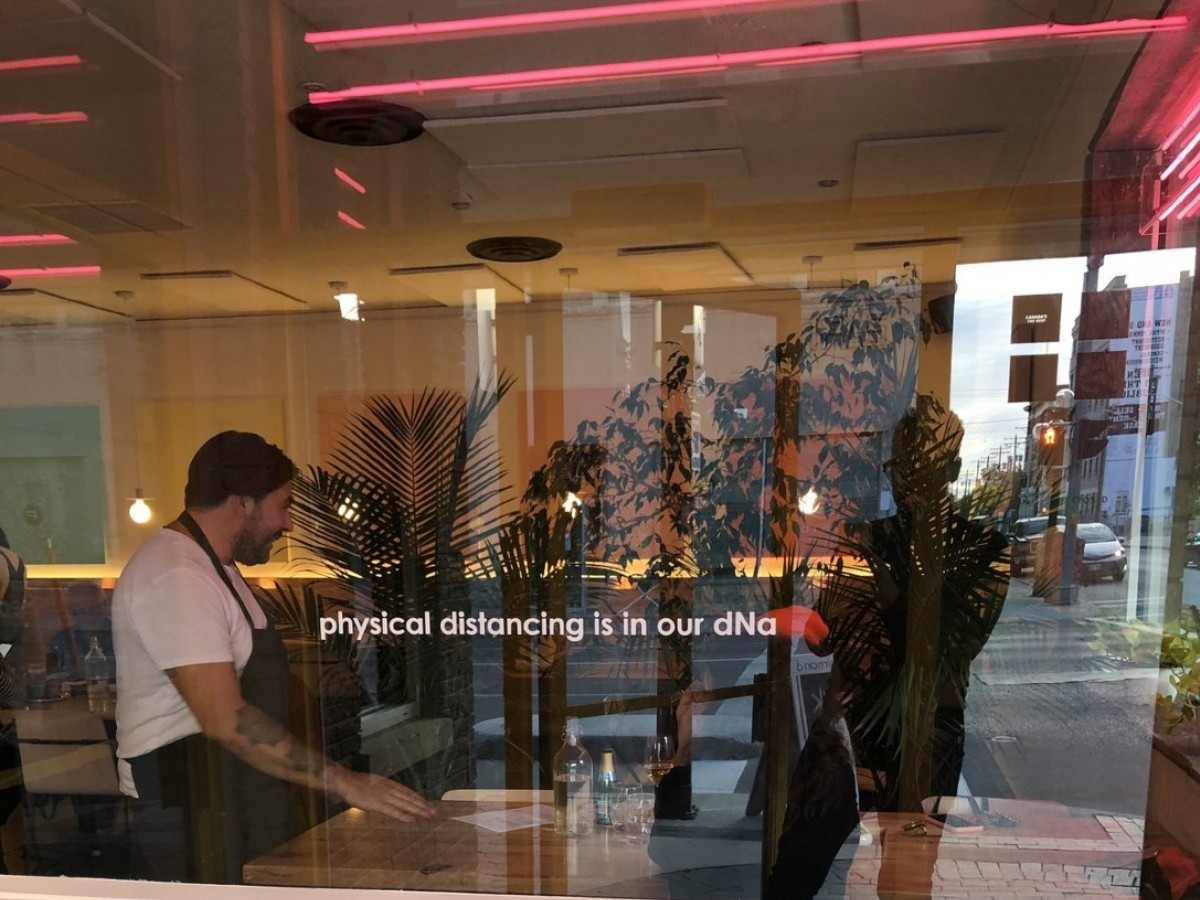 These last two weeks have felt like the final hurrah to a gorgeous summer - the weather has been amazing, the fall colours perfection and deer + almond, one of the Exchange District’s most celebrated restaurants, reopened with a new menu and freshened-up space.

If you are not familiar with deer + almond, let me provide a refresher. Mandel Hitzer, chef/owner and Winnipeg ambassador (you can currently see him judge on Food Network Canada's Wall of Chefs), opened the doors in 2011 and was one of the first chefs to freshen the culinary game in the Exchange. Many other restaurants have since followed suit, including Amsterdam Tea Room, King & Bann, Chosabi, Miss Browns, Shawarma Khan, Clementine and many more.

Mandel and his team, which includes chef de cuisine and Canadian Culinary Champion bronze medalist Emily Butcher and architect Joe Kalturnyk, are also the brains behind RAW:almond, the winter pop-up restaurant that is constructed atop Winnipeg’s frozen river and attracts celebrated chefs from around the world.

This year Winnipeg’s restaurant scene has been shaken up in many ways, but that hasn’t stopped Hitzer from pushing forward and reopening the restaurant on September 9. With a refreshing new space and brand-new menu (with a few familiar favourites), deer + almond is the newest kid on the block again.

“Physical distancing is in our DNA.” This phrase greets you as you walk into the restaurant, and the spacing of the safely distanced tables reflect this mantra. It is definitely a sign of the times we are living in, and deer + almond has embraced it whole heartedly.

When asked what his vision was, Hitzer replied, “Embracing the light.” The space is light and airy, with pastel artwork on the walls for a serious Miami vibe. The bar is an ode to the aforementioned RAW:almond, with the iconic triangle acting as a backdrop while expertly crafted cocktails are shaken and stirred. (If you like tequila, make sure to try the “Hopped Up,” made with Campari, orange and hopped kombucha).

Now for the food. Mandel has gone back to basics with subtle Asian flavours, drawing from his experiences cooking with friend Makoto Ono. When he closed the restaurant in March due to COVID, it forced him to “slow down and focus on making good, simple food.” The ingredients are just that - local products like tomatoes, walleye, salt-roasted garden beets, Wild Earth Farm greens, plus scallops and shishito peppers - but the complex sauces and accompaniments heighten them to rock-star status.

Take the shishito pepper for example: tiny green peppers from East Asia that are mostly mild, but one in every 10 will bring the heat, hence why eating a plate of these can be compared to playing a game of Russian roulette. Mandel has paired these humble peppers with a spicy salsa macha made with ancho chilis and a light sprinkling of feta.

The new-style sashimi was out of this world - a plate of melt-in-your-mouth hamachi, scallops and yellowfin shipped straight from Japan. The fish is thinly sliced then hit with hot sesame oil, which warms the fish and brings out its natural oils, triggering an intense umami flavour.

“The scallops motoyaki is essentially a Japanese riff on a Rockefeller,” says Hitzer. The scallop is combined with a jacked-up miso mayo, seared onions and bacon,  which is then baked in the half shell, making for an Insta-worthy photo.

As a lover of all things sweet, please save room for dessert. The peanut semifreddo has been on the menu since the beginning, but it never gets old. The semifreddo mousse (Italian for semi-frozen) is served atop a chocolate ganache and drizzled with sea salt, crunchy peanuts and a velvety caramel sauce.

As the leaves turn colour and the nights get cooler, the menu will be evolving into winter fare and cozy vibes so try out the current menu while you can. Mandel also alluded to the fact that he may have some tricks up his sleeve for the winter months, so follow their social media for announcements of collaborations and restaurant takeovers.