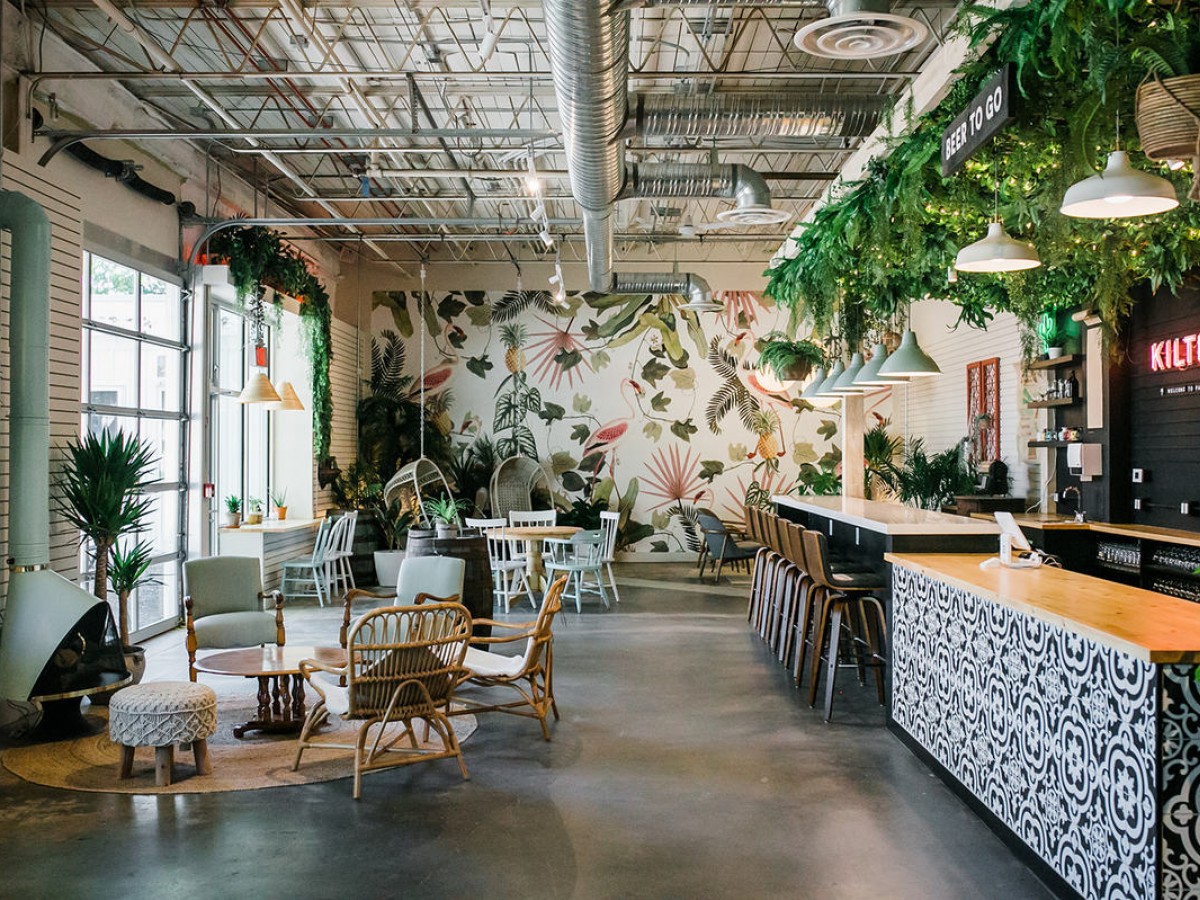 Bring on the beers, biryani and breakfast banh mis

As T-Swift so eloquently croons on her new album folklore, “August slipped away into a moment in time/ August sipped away like a bottle of wine.” August in Winnipeg is here and with it comes plenty of new places to slip away into, and surely a few bottles of wine to be had.

We've rounded up a few of the city's sleek new spots for you to sip, sit and socialize (distantly), including a trendy new taproom and some incredible Indian cuisine.

Stay safe out there, folks!

Yet another patio has popped up in the city, with this one bringing you the very best beers & bites of the Exchange District. The open-air space, located between The Cube and Main St, offers a selection of nearby Nonsuch Brewing and Little Brown Jug beers on tap, as well as cans of cider, wine and beer, and the option to order food from many of the surrounding eateries—delivered right to your table.

The long-awaited taproom for what is arguably Winnipeg’s most popular brewery—whose weekly online can releases have been selling out in less than 30 minutes—is finally open; the space is nothing short of paradise for fans of  Kilter Brewing. For starters, the brewery’s new home in St. Boniface makes it Winnipeg’s first taproom east of the river. Along with its unique location, the space itself is unlike any taproom the city has seen. Plants hang from the ceiling and fill every corner of the room, even covering a feature wall in tropical printed wallpaper. Cozy nooks (perfect for social distancing) are filled with funky, curated furniture including a set of swinging wicker egg chairs you’ll definitely want to sink into. Eight beers are on tap, which include everyone’s favourite Juicii IPA and the launch of its “little sibling” Waves, a juicy pale ale that is sure to be just as tasty and even more crushable thanks to a lower ABV at 5%. Snacks are available for purchase as well.

Just a few blocks away you’ll find  Juneberry, a sweet new brunch spot with a fair-sized patio to boot. The Old St. Vital eatery is the new project of a few Nuburger fellas, so you can expect a fantastic blend of flavours and excellent service here from them, as always. The menu offers an impressive array of savory dishes, including a breakfast banh mi with lemongrass pork & pickled veg, and a braised beef short rib grilled cheese -- both catching the attention of our office staff immediately. A few fun breakfast cocktails are in the mix, too, like the miso basil Caesar, the cranberry maple mule,and rotating kombucha cocktails. Local coffee roasters Flatland developed the restaurant’s custom blend.

A farm-to-table restaurant offering French-inspired cuisine by chef Tristan Foucault (previously of  Peasant Cookery and no stranger to French fare). Preservation Hall is now open at Polo Festival, taking over the large space that once housed Barley Brothers. Here, you’ll find a sizeable selection of lunch and dinner options, from classics like Manitoba arctic char amandine and beef cheek bourguignon to thick-cut cauliflower ‘steak’ and roasted carrot salad. All of this alongside craft cocktails (with two featured every Tuesday) and a great lineup of wines (on special each Wednesday, along with Village Bay oysters from New Brunswick.)

Open for lunch and dinner at 655 Empress St. (closed Sun/Mon.)

The award for cutest social distancing setup goes to the rejigged patio at  Amsterdam Tea Room, where they’ve divided up the outdoor Exchange District space into cozy booths with temporary walls separating each table. This total privacy gives you the freedom to focus on the important stuff: great cocktails and delicious food, both of which brand new chef Aron Epp offers with an entirely new dinner menu. Our staff was particularly taken with the hutspot dumplings (kale, sauerkraut, cashew cream, garlic chili oil, crispy onions) and the spiced carrots and parsnips with fresh cheese and puffed farro. The cocktails here leverage tea-infused spirits, like the earl grey on safari (Kenyan earl grey tea, gin, lemon, sugar) and the matcha caipiroska (ceremonial grade matcha, vodka, lime, sugar).

Open for lunch and dinner at 211 Bannatyne Ave (closed Sun/Mon.)