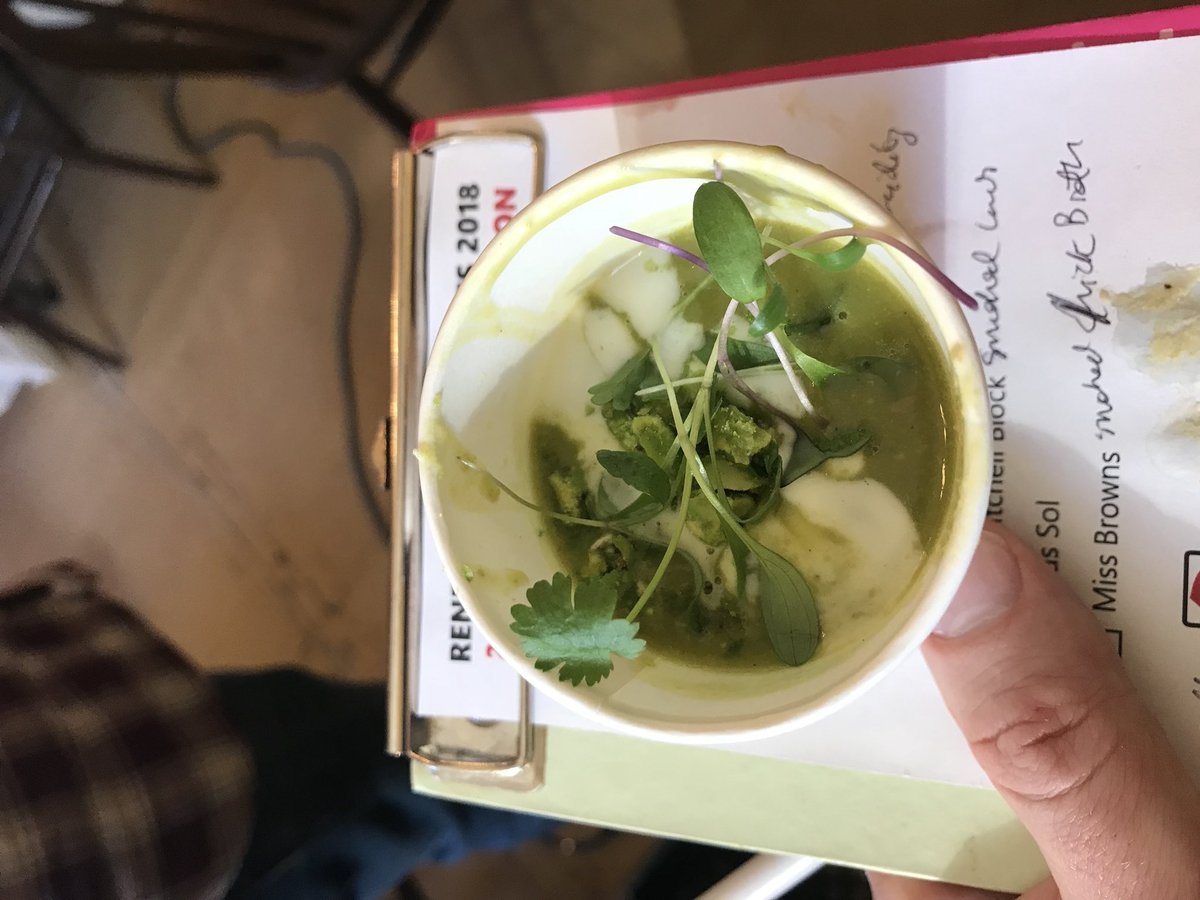 Here’s a Winnipeg food secret for you: two of the best hours of eating you can experience in the city happens on the final Sunday afternoon of Festival du Voyageur.

It’s called le Rendez-vous des chefs (Pea Soup Contest), and in the last five years judging – particularly the last three – I’ve learnt the seemingly most humble of soups can be made into a work of high art. An art form whose porky, smoky, sweet and savoury flavours continue to echo across time on my palate, while all the crunchy, tangy accoutrements still visit me in sodium-induced dreams.

Perhaps the best-ever collection of pea soups came together in 2018, when King + Bannatyne took the Judge’s Choice title with a verdant, herbaceous number that was velvety in texture and topped off with cilantro, micro greens and crispy wasabi peas. It narrowly beat out what was the most ambitious entrant ever, an explosive pea dumpling set in a pork and pea consommé from Clementine that was pure magic. That same year there were also stunning entrants from Miss Browns, Sous Sol and Promenade Café and Wine (more on them later) who took People’s Choice.

Last year the crew from Resto Gare took both titles (People’s and Judges’) after making excellent use of a smoke gun stocked with cinnamon. They beat out Gaijin Izakaya (an honourable second) – whose pea ramen was luscious, and Sous Sol (an honourable third), who once again brought plenty of porky goodness and acidity.

And we’d be remiss not to mention The Mitchell Block, who took back-to-back Judges’ titles in 2016-2017 with beautifully crafted pea soups. The former featured pig ears and pea tendrils grown at the restaurant, and the latter used housemade pea pasta, almost all of the pig, and a XO sauce that traversed the umami river in a Voyageur canoe.

What I’m trying to say is that if you like pork, peas, soup and just all-round deliciousness under one roof, you must mark Sunday, Feb. 23 at 12:30 p.m. in Le Foryer (Masion de Bourgeois, Fort Gibraltar) on your calendar.

This year’s entrants are Gibraltar Dining Corp, Little Goat, Sous Sol, Resto Gare, The Wood Tavern, Nonsuch Brewing Co. and Amsterdam Tea Room. In other words, a stellar lineup that will surely deliver enough flavour (and salt) to get you through the rest of winter.

Of course, there are plenty of other culinary reasons to attend Festival du Voyageur, which starts on Friday, including a couple new offerings.

Here are more fine things to add to your plate:

Also in this newly expanded Riviére-Rouge Tent (which will now hold 1,100 people; indeed, this year’s festival can hold 18 per cent more people), you’ll find Ker Breizh Creperie, who make amazing buckwheat crêpes representing the owner’s homeland of Brittany (the salted caramel is out of control, while the savoury crêpes are sublime too). Also, in the big tent you’ll find La P’tite Bottine, who have all your hotdog, poutine and fried cheese curd needs covered. All of this can be accompanied by a fine selection of coffees and teas (including maple lattes) from Café Postal.

In the Manitoba 150 Forest Tent, you’ll find fare from food truck BBK’s BBQ, who will be serving up half rack of ribs, pulled pork, baked beans, and all manner of meaty goodness (most of which are available in great combo plates with sides of slaw).

The culinary community of St-Pierre-Jolys, lead by the marvellously moustachioed Roland Gagné, will be back as always running the Sugar Shack. Here you’ll find all manner of French-Canadian cuisine, including maple taffy served on snow. Monsieur Gagné has a new chef this year, so expect some enticing new numbers on the menu.

There’s also plenty of food trucks to be found throughout the festival grounds, where you can get all the staples like Beavertails, pails of mini doughnuts and more.

On top of that, Sputnik Architecture has built a mobile trailer that will serve hot beverages – ciders, hot chocolate, etc. – all day, along with boozy numbers after 4 p.m.

On the libation side of things, all the beer at this year’s festival will be from Manitoba via Farmery Estate Brewing out of Neepawa, and the city’s Fort Garry Brewing Company. And of course, the Snow Tent will once again have Caribou served in ice glasses.

And finally, you can also book your tickets for the Ishkode Indigenous Cuisine Pop-Up, which will run alongside the festival at Old St. Boniface City Hall's la maison des artistes. This dining experience, which was  first staged in October, take place Feb. 14-15 (the 14th is sold-out), and Feb 20-22, and work as a showcase for local Indigenous chefs. Here's that ticket link and more info.