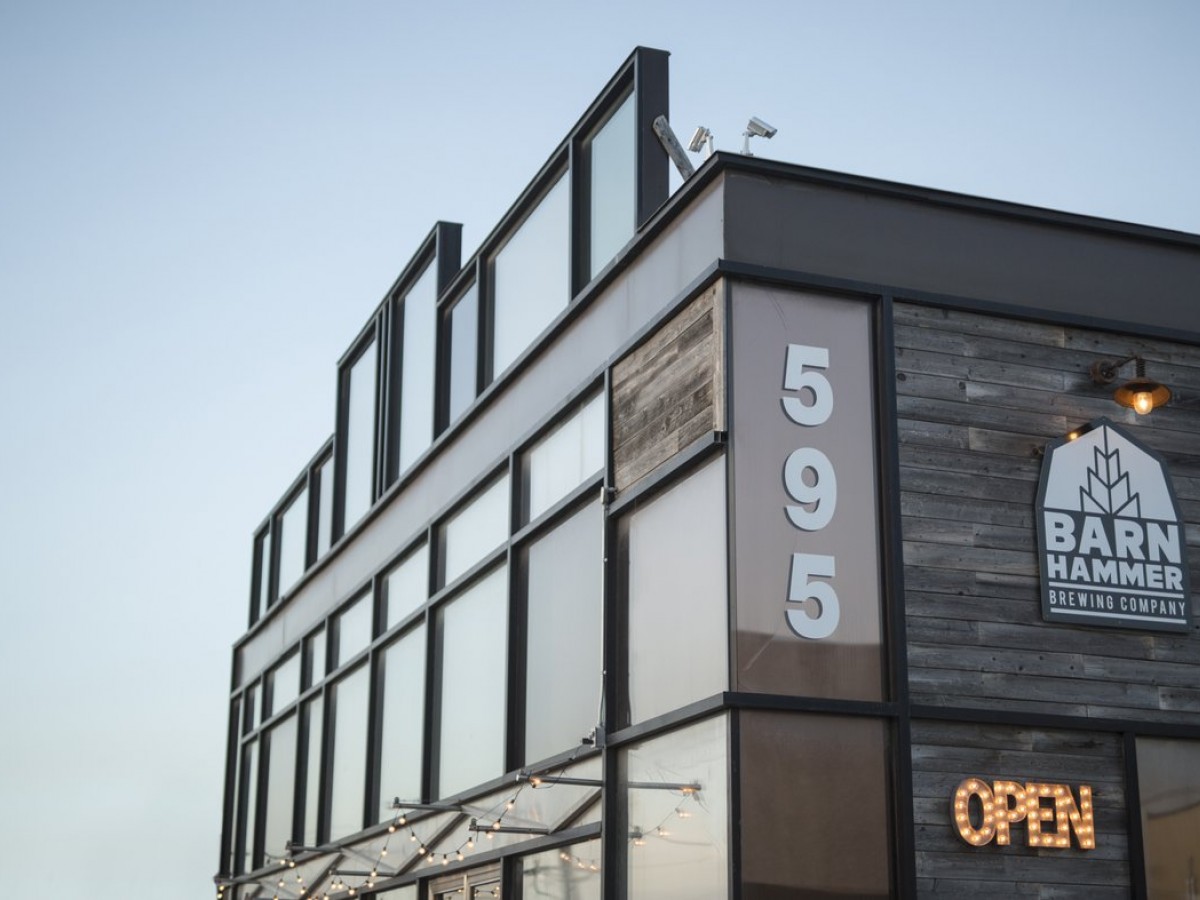 This West End strip has some of the city's best bread, pizza, beer and kombucha

That’s quite the statement, but while the more infamous Wall Street is filled with boring brokerage houses, Winnipeg’s strip of the same name features beer, bread, pizza, and kombucha, which we all know is rather bullish these days.

Tucked in a traditionally industrial section of the city’s West End, you’ll find a small but bustling food and beverage scene that spans just a few blocks.

Steps off Portage Avenue is Barn Hammer Brewing Company. Here, owners Sable and Tyler Birch have done a mighty fine job converting a former auto shop into a rustic taproom that has become a neighbourhood hub where people gather around community tables to take sips of the brewery’s signature offerings (you cannot go wrong with Lousy Beatnik, an amber ale), and various seasonal offerings. The best seat to get a good look at batches being brewed are at the bar, which also lends an opportunity to chat about the experimental-style selections that might be coming down the pipe (right now these include soda pop inspired beers, starting with this week’s Cream Soda Ale). While there’s no food made on site, they encourage guests to bring in takeout from the nearby restaurants.

That being said, nothing pairs better with a beer than some za. About a block further north, Wall Street Slice serves up New York-style slices – thin, wide, and totally foldable - topped with a locally-sourced, ethically-raised ingredients such as house-cured Berkshire pepperoni. Meat lovers will be super satisfied with the Sierra Oscar Bravo’s pork sausage and bacon, while friends of fungi can indulge in the Lush Mush (ask for a touch more truffle oil; you won’t regret it). Slices are re-fired on order, giving you that fresh out of the oven feel, or call ahead to grab a whole pie.

Keeping with carbs, just next door is Sleepy Owl Bread, which serves up from scratch loaves and other flaky pastries, including a pretty much perfect croissant. Certain breads, such as rustic levain sourdough, hemp multigrain, and baguettes, are available every day, along with a rotating list of breads of the day, including cheddar Dijon on Wednesday, cinnamon oatmeal raisin on Friday, and Saturday’s must-have  chocolate babka brioche.

The newest addition to the strip is Wolseley Kombucha, Manitoba’s first kombucha production facility and taproom. After spending several years brewing the bubbly, gut-friendly beverage in a shared, rented space, owner Michelle Leona opened up her own small store front earlier this year. Featuring six taps, customers can try samples of the regular brew — such as Pomegranate Limeade, Lemon Ginger, and Jasmine (a MUST try) — as well as seasonal selections and local collaborations before taking a re-fillable growler home.

Aside from offering premium products, the beauty of the area is the sense of community rather than competition. For example, Wall Street Slice has Barn Hammer’s beer on tap, while the brewery provides the stout for Sleepy Owl’s Wednesday specialty bread. This friendly symbiosis is certainly something you’d never find on the other city’s Wall Street.