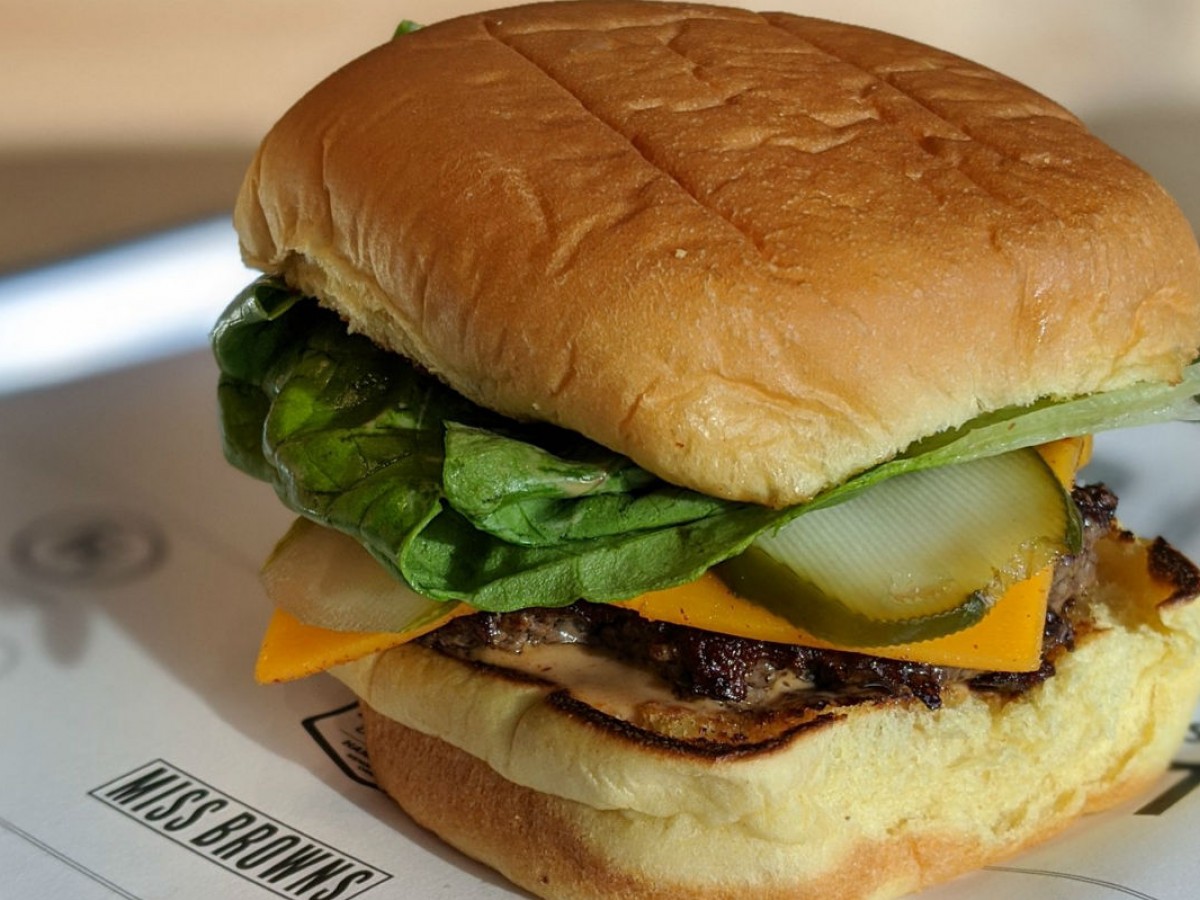 The Yard Burger: so simple, so salty, so delicious. Find it in Hargrave St. Market (photo courtesy of Dan Clapson)

There are so many good things to eat right now in the city that we could surely make this list a full 2020, if only we had the time (and you had the patience).

Here's part 2 below, while you can find part 1 here.

11. Petite beef tartare with variations of onion, egg and arugula at Amsterdam Tea Room – There’s no shortage of excellent tartare in the city, but for Cody Chomiak, our director of marketing, Amsterdam’s is the jam. “It’s salty, has so much texture, it’s super bright and pretty to look at, and I just think it’s the best tartare in the city,” says Cody. Plus, the Tea Room is just such a great place for drinks and dishes as it is.

12. The single from Yard Burger at Hargrave St. Market – Between Miss Browns, Saburo Kitchen, Gusto North and The Good Fight Taco, there’s no shortage of great food to be had at Canada’s newest (and surely swankiest!) food hall. That said, this seemingly simple burger is near perfection, particularly if you are looking for a couple salty bites before a hockey game. It’s small but brings big flavour, featuring Wagyu beef, cheddar and yard sauce, with a thick-cut pickle slice and butter lettuce on a fluffy potato bun. Simple, salty and glorious.

13. Baba ganoush toast at Nonsuch Brewery – While the meat dishes and house-cured charcuterie at Nonsuch by chef Tyrone Welchinski get all the acclaim (deservedly so), you also can’t miss this number, which features the creamy eggplant spread topped with sour cherries, slivers of squash and other crunchy bits. The rye bread it is served on is also the perfect width. We could eat it morning, noon and night. Nonsuch was also just named the #2 best new restaurant on the Prairies by the Globe and Mail, while the design of the dining room and tap room by Fireside Design Build is just so damn sexy.

14. Panne fritto from Mona Lisa Restaurant – “These fried pieces of homemade dough heaven have been on my favourites list since the 90s when I first tried them, and for good reason (the 90s are all the rage now again anyway!)" says Gillian Chester, our communications and travel media manager. “They’re fluffy and crispy at the same time, while the accompanying marinara sauce is fresh, bright and the perfect complement. You won’t want to share them.”

15. Thai-phoon ice cream from Black Market Provisions – There’s no shortage of great ice cream in the city these days, but this one in particular combines three of my favourite things – lemongrass, coconut milk, and ginger – to great effect. The candied ginger bits remind me of New Zealand’s Hokey Pokey ice cream as they have that same honeycomb crunch, while the vegan coconut ice cream has just the right amount of tang from the lemongrass, not to mention an incredibly velvety texture. It’s gorgeous stuff, while Black Market Provisions in general is just a great store; their frozen soups are excellent, while owners Angela and Alana are always affable.

15.5 Salty Carl from Chaeban Ice Cream – Okay, so doing a .5 is a cheat but we can’t talk ice cream without bringing up Chaeban (that’s like discussing great British actors and not bringing up Ralph Fiennes). Anyway, if you are looking for the most indulgent ice cream ever, a flavour so good I literally find myself purring like a cat while eating it, head up the street from Black Market on Osborne to Chaeban Ice Cream and get the Salty Carl. It’s insane.

16. KAMP from Green Carrot – If your New Year’s resolution involves being healthier, this is our top choice of cold-pressed juice with the most Juice. Many a hangover has been cured by this little green bottle, which contains four of the best things grown on earth: kale, apple, mint and pineapple, hence KAMP.

17. Baingan Bombay from Clay Oven – We vote to make 2020 the year of the eggplant (see #13) and this classic from Clay Oven is another can’t miss. It’s seemingly such a simple dish, just blistered eggplant, that is then stewed down with tomatoes and onion – but it’s all the spice that really brings it together, being citrusy (from the coriander, tomatoes and perhaps lime?), with just a bit of heat and a tonne of flavour. You can also buy this dish in to-go form from most Vita Health locations, which is something we did throughout 2019.

18. Anything having to do with garlic sauce at Baraka Pita Bakery – We can’t decide what’s better: a platter, a straight-up chicken shawarma, or a pita pocket. Regardless, as long as it has that Lebanese garlic sauce we will eat it and gladly deal with any ensuing breath issues (you just may not want to sit beside us at Rainbow Stage. We’ve never entered Kildonan Park without first stopping at Baraka, which is just south of it on Main Street).

19. Croissants at Tall Grass Prairie Bakery – According to our graphic designer Karen Allen, the best start to a Saturday in summer in Wolseley is a stroll to the Tall Grass location on Westminster, where you can delight in a delicious almond croissant whilst sitting in the sun. We agree, while we also won’t turn down the cheese croissant made with smoked gouda from Bothwell Cheese either, nor the celebration bannock.

Bonus – The West End in general. While editing, we noticed that this wonderful neighbourhood isn't really represented, which is a travesty, as it has so many great hole in the walls. So on that note, be sure to hit up Sargent Taco when in the city, while this whole neighbourhood has you covered when it comes to Vietnamese, housing dozens of pho/banh mi shops. The area also excels at sourdough (hi Eadha Bread and Hildegarde’s Bakery) while Khao House in The Good Will Social Club is a mighty fine counter for lunch.